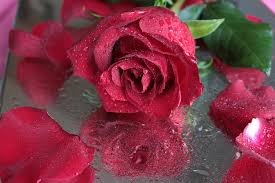 Woman abuse is any use of psychological, physical or sexual force, actual or threatened, in an intimate relationship. Intimate relationships include a current or former spouse, and an intimate, or dating partner. Violence is used to intimidate, humiliate or frighten victims, or to make them feel powerless.

Abuse against women occurs in families of all socioeconomic, educational and cultural backgrounds and is found in both rural and urban settings. Women in lesbian relationships can also be at risk for abuse.

The abuse may be a single act, but most often it occurs in a context where there is a pattern of assaultive and controlling behaviour. There may be a number of acts which appear minor when viewed in isolation, but collectively form a pattern that amounts to abuse. Typically, abuse escalates in frequency and/or severity. Once an abuser uses physical violence, they are likely to intensify their assaults and increase the woman's risk of harm and serious life-threatening injury.

No one form of abuse is worse than the others. Non-physical forms of abuse are as harmful to women as physical abuse. Tactics of control may appear gradually as coercive behaviours that are not be criminal in nature. This subtle process makes it very difficult for the woman, as well as friends, family or professionals to recognize it as abuse. Many women identify the emotional and psychological consequences of abuse as more damaging than the physical assaults. While emotional abuse can occur in the absence of physical abuse, the two often occur together.