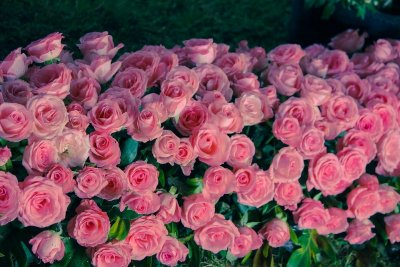 Violence against women is much more common than you think. It occurs as a major problem throughout the world and in all social classes and ages.

Men's violence against women is a process that often begins with adaptation and isolation.

Eventually, the man begins to threaten and use violence, and the woman must adapt further to not be exposed to more violence. Many women do not dare to leave the man because he threatens to kill her or take their joint children from her.

This adjustment is called normalization process that is a model that explains how the psychological and physical violence gradually escalating - while the woman slowly broken down. With this usually the whole family, and you adapt blindly just to survive.

The continue cycle of violence

The most common is the prejudice that women should go after the first blow. After the first battle will there have been preceded by a time of psychological violence that has broken down the woman so when the physical violence enters the picture, it is often very difficult for the woman to leave the man.

She should leave the relationship before. Before the physical violence can begin the woman has been subjected to psychological abuse, which means that she has a feeling of having a smaller value and that she was also responsible for ensuring that it has gone so far as to partner used the violence. Whoever mistreated pray also often apologize for the beating might empty cry and promise that this will never happen again. After the first assault moment is the common for both experiencing a period of peace and some couples were also experiencing a period which is usually likened to a honeymoon. Many are getting married or having children during this period.

However, experience shows that violence does not usually stop at one point but about the beating has returned to physical or sexual abuse so often the violence is repeated and additionally escalate. The woman also begin to relate to her partner because she knows that he can make use of violence. If you have children in common, it can be a reason to stay when the man can threaten to "take the kids" if the woman leaves. Remember that there is no legal basis for that claim.

You will be beaten - write notes in your calendar or diary when violence occurs and how it manifests itself. Good to have if you want to notify the police. It is also excellent for a breakup when women often reduce the violence she was subjected. Write although psychological violence.

Take short of the brands you got, if someone else can take the cards, it is good then that person also witnessing the damage. Tell someone you trust about how you feel in your relationship.

Who are the perpetrators?

Why do men beat their women?

Few investigations have been made on who the men are hitting as few men who want to participate in these surveys.

Experience shows that it can be any man. It is often a very verbal and nice man whose environment could never imagine him hitting "his" woman. The violence occurs in the home when no witnesses available, in addition to the children, and violence becomes the couple's secret that you do not talk about. The woman feels guilty and ashamed of what she is exposed to.

Often also addressed violence against others in the family, it is not uncommon for pets becoming victims of physical violence and abuse which is often dressed words from the man that he was disciplining the animal. The man has great control over his power, he knows when to turn and how he should beat. He strikes when there are witnesses, not counting the children, and he hit it so that it should not be marks which can not be covered by the clothes afterwards. He does not turn into uncontrolled impotence is often claimed, especially by the man.

"Sorry darling, I did not mean to hit you in the ribs, I aimed toward the hip"
Narrated by a woman what the man said to her after the assault.
When speaking of deadly force, we can see that the man often has a psychiatric diagnosis or have contact with psychiatry. When it comes to deadly force, we can also see that the man has an abuse problem. It is the mental illness and / or addiction that makes him lose the last barrier and usually assault that becomes lethal. What also is a warning sign that man can use assault is if he uses violence against women in public places, he then ignores that there are witnesses to violence.

In the few cases that we see women use physical violence in any form against the man she lives with is the woman often mentally ill or have an active addiction.
How common is violence?